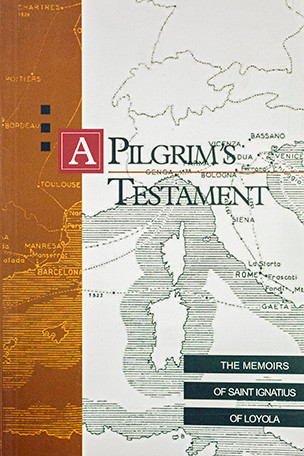 A Pilgrim's Testament: The Memoirs of Saint Ignatius of Loyola

A few years before his death in 1555, Ignatius’s companions urged him to recount his life. It would serve as a “founder’s testament” for the nascent Society of Jesus, and an account of how God had guided him from the beginnings of his spiritual conversion. Ignatius dictated what became known as A Pilgrim’s Testament to his companion Luís Gonçalves da Câmara. Written in the second person, it begins with Ignatius’s conversion in his ancestral home of Loyola, Spain, as he recovered from battlefield injuries (“he was left with such loathing for his whole past life, and especially for things of the flesh”). It covers the saint’s travels through the time he settled in Rome and became the first superior general of the Society. The memoirs were not widely published until loose English translations of the original Spanish and Italian appeared in 1900. In his newer translation, Paramanda R. Divarkar, S.J., tries to recapture “the force and the flavor of the original.” The book includes introductory remarks by the translator and two prefaces, one by da Câmara and the other by Ignatius’s trusted lieutenant Jeronimo Nadal.