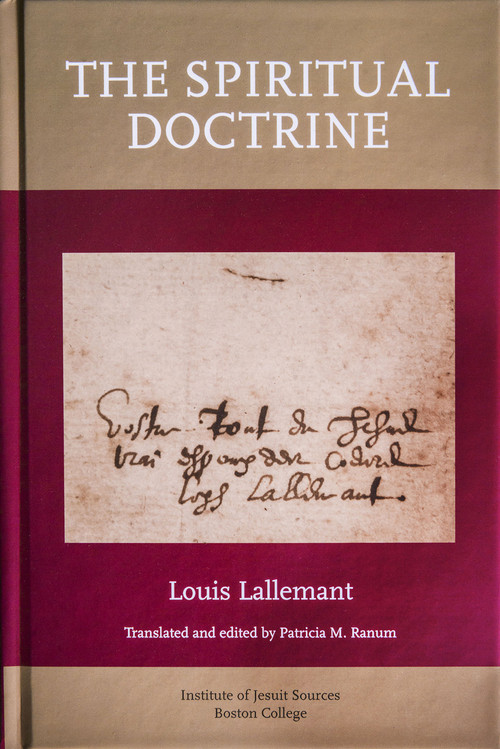 Written in French during the 1620s, first published in that language in 1694, and translated into English in 1855, the Spiritual Doctrine preserves Louis Lallemant’s lessons for Jesuits in formation, especially those making their crucial tertianship. The various editors of the Doctrine did not realize that parts of the original text were missing. Indeed, not until Dominique Salin’s edition of 2011 were three important treatises, which had been incorrectly attributed to Lallemant’s disciple Jean Rigoleuc, restored to their place in the Doctrine, filling troublesome gaps in our reading of Lallemant’s mystical thought.

This English translation is entirely new. Relying on Salin’s transcription of the sources, it strives to capture Lallemant’s distinctive style and vocabulary. The introduction sketches Lallemant’s career, looks briefly at his rhetorical style, summarizes the evidence by which Salin determined that Lallemant was the author of the three retrieved treatises, and concludes with Salin’s discussion of how Lallemant’s spirituality brought Jesuit apostolic mysticism into a new century, seventy years after the death of Ignatius of Loyola.