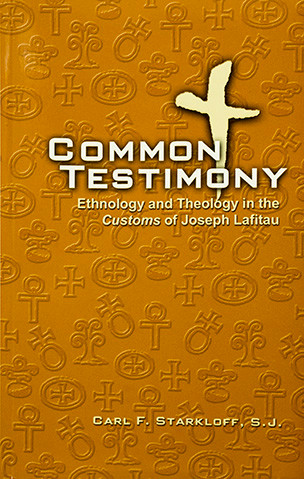 After six years of missionary work in an early 18th–century Mohawk village outside Montreal, Fr. Joseph Lafitau wrote Customs of the American Indians, a book that even today is regarded by ethnologists as a treasure trove of information about Native American cultures. Lafitau drew many comparisons between Native American customs and those practiced in ancient European cultures. Common Testimony puts Lafitau’s work in a theological context, exploring his “Christian anthropology” and awareness that human beings are all children of the same God and members of the same human race.