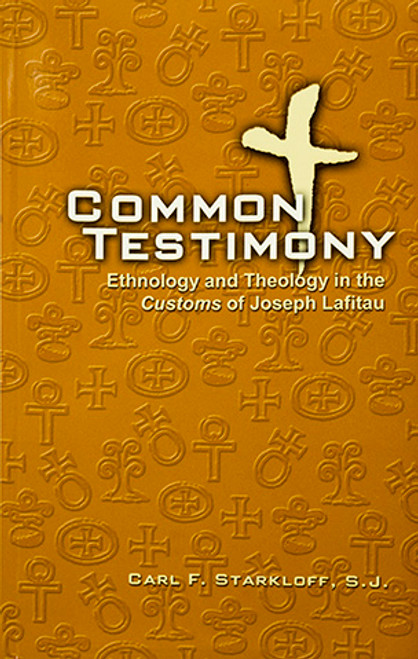 After six years of missionary work in an early 18th–century Mohawk village outside Montreal, Fr. Joseph Lafitau wrote Customs of the American Indians, a book that even today is regarded by ethnologists as a treasure trove of information about Native American cultures. Lafitau drew many comparisons between Native American customs and those practiced in ancient European cultures. Common Testimony puts Lafitau’s work in a theological context, exploring his “Christian anthropology” and awareness that human beings are all children of the same God and members of the same human race.

Biblical Theology and the Spiritual Exercises: A Method Toward a Personal Experience of God as Accomplishing Within Us His Plan of Salvation

Contemporary Trends in Studies on the Constitutions of the Society of Jesus: Annotated Bibliographical Orientations

Companions in Grace: A Handbook for Directors of the Spiritual Exercises of Saint Ignatius of Loyola