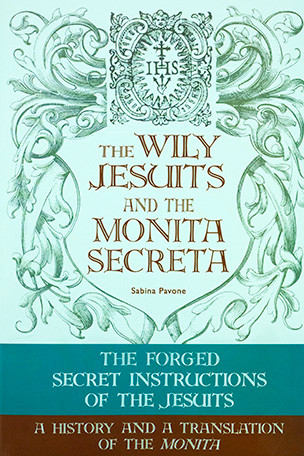 Given the role that the Society of Jesus played in the Counter–Reformation, it was natural that Jesuits made enemies both within and outside of the Church. In The Wily Jesuits, Italian historian Sabina Pavone details a particularly vicious attack on the Society by a disgruntled former Jesuit who manufactured, out of whole cloth, a set of “secret instructions” supposedly intended for leading Jesuits who sought not the kingdom of God nor the welfare of the Church but rather wealth and political power. The Monita Secreta first appeared in early 17th–century Poland and was quickly discovered to be a forgery, but it was still distributed by the Jesuits’ foes. Pavone provides a history of the uproar caused by the hoax as well as a translation of the Monita Secreta itself.