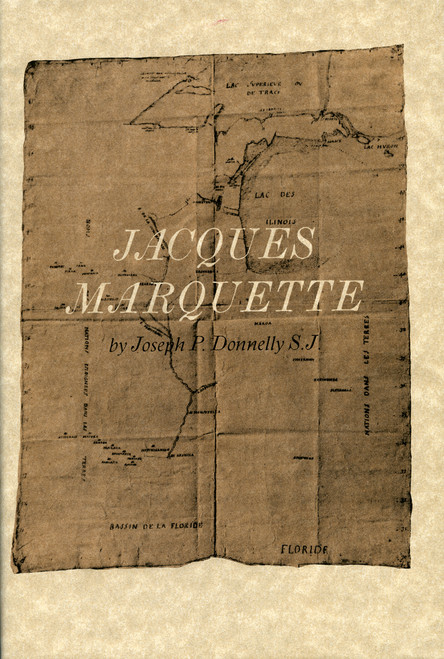 This biography, first published in 1968, is the result of careful investigation into every phase of Father Marquette’s brief life, a few days short of thirty-eight years, 1637-75. The reader may learn here for the first time the accurate details of Marquette’s ancestry, his education, the early years of his Jesuit education in France, and the carefully documented history of his missionary career in New France. The map printed on the dust jacket is a reproduction of the map drawn by Father Marquette (see page 333). It shows the area covered by Marquette and Louis Jolliet on their journey made in the summer of 1673. Marquette compiled this map at the Jesuit mission located near the present Green Bay, Wisconsin, where he spent the winter of 1673-74. From this volume emerges a vivid, active, vigorous Jacques Marquette who dearly loved and profoundly understood the indigenous peoples of the Americas as few other missionaries did.

Nations along the Mississipi

The Mission of the Immaculate Conception among the Illinois

Death in the Wilderness

Appendix two - Jacques Marquette, Author of the Journal of the Expedition of 1673

Marquette's map of the Mississipi

Marquette's recording of a baptism

The Writings of Saint Ignatius of Loyola (CD-ROM)