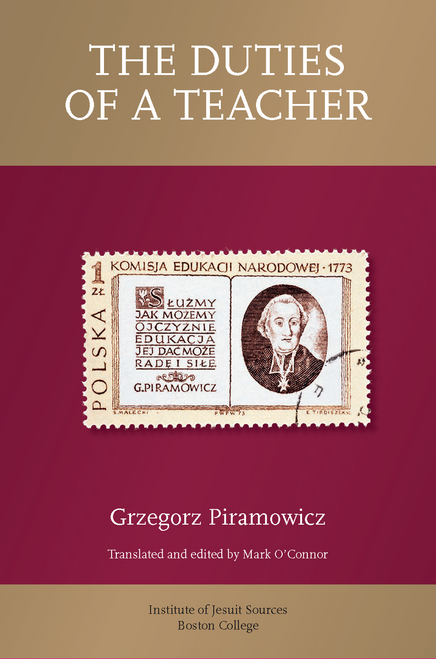 Duties of a Teacher (1787) was the culminating achievement of the National Education Commission’s efforts to transform instruction in the Polish-Lithuanian Commonwealth. In the aftermath of Poland’s partitioning in 1772, and with the papal suppression of the Society of Jesus the following year, Duties embodied a response to both. As a handbook it aimed to guide how grammar school teachers served the general populace. It lays out a much more ambitious curriculum, one in keeping with the latest innovations in Enlightenment thinking. But the ultimate goal of the book was more ambitious still. Its author Grzegorz Piramowicz wanted to convince the ruling class of the Commonwealth that such sweeping pedagogical reform was not only necessary, but a moral imperative. So the Duties of a Teacher, written by a priest who had been trained by Jesuits and who then for many years taught as a Jesuit, was also a culminating accomplishment for the suppressed Society of Jesus.