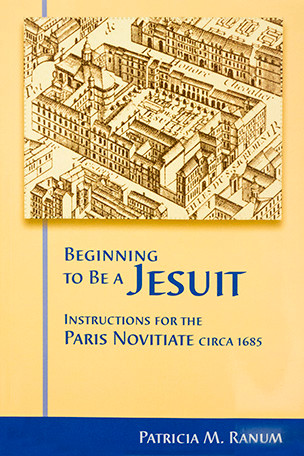 Patricia M. Ranum’s Beginning to Be a Jesuit is a singular contribution to the study of Jesuit life in Paris during the 17th century—a time some consider the “great century” of French spirituality. In 1630, 90 years after Ignatius of Loyola sent a group of young Jesuit recruits to study in Paris, there were 58 Jesuit colleges with more than 30,000 students in the city. Men who aspired to membership in the Society entered novitiates, or houses of formation. This volume is based on the handwritten set of instructions for members of one such novitiate, recording not only “outer regulations” for matters ranging from attending Mass to making one’s bed but also “inner guidance” on the lessons to be learned by obeying instructions. Beginning to Be a Jesuit includes the original French text, with an English translation on facing pages.