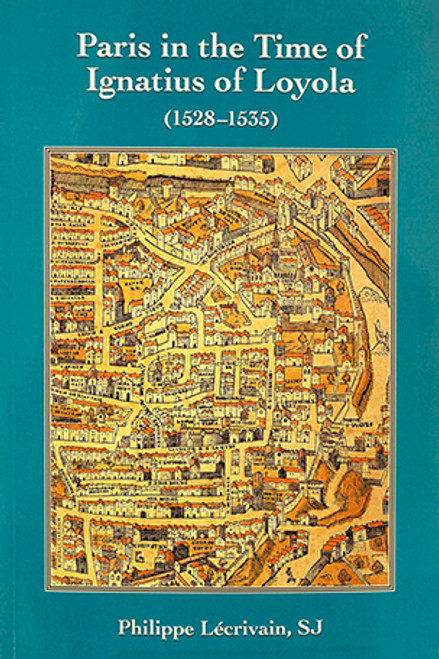 In 1528, Ignatius of Loyola arrived in Paris, alone and on foot, to begin the midlife university studies that helped him shape the plan for the new Society of Jesus that he submitted to the pope in 1539. Historian Philippe Lécrivain describes the city at the time of Ignatius’s arrival as “a vast construction site” emerging from medievalism, with plague patients languishing in the city hospital and France still months away from an end to its war with Spain. This volume, which includes 40 color illustrations, describes the daily life of the poor, the wealthy, and students such as Ignatius and the new companions who would later journey with him to Rome. Lécrivain recounts Ignatius’s experiences in Paris as a “fool for Christ” who at one point had to beg for subsistence, but who “intended to prove that economic realities were not the only indicators of whether to honor or belittle a man.”

Lights and shadows on Paris around 1530 --
Monastic reform and evangelical revolution --
Ignatius's first steps at the University of Paris --
Paris and the Protestant temptation --
The pilgrim and his companions --
The companions in their theology studies --
Epilogue.

The Way of Ignatius Loyola: Contemporary Approaches to the Spiritual Exercises

"Our Way of Proceeding": To Make the Constitutions of the Society of Jesus and Their Complementary Norms Our Own