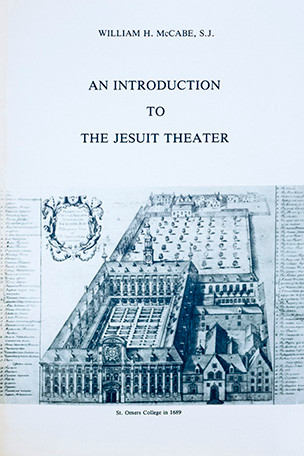 From the mid–16th century through the suppression of the Society of Jesus in 1773, Jesuit colleges led the way in the development of the conventions of modern theater. In some cases, these Jesuit schools helped launch national theaters and trained such playwrights as Molière. William H. McCabe, S.J., a professor of English at Marquette University, worked for decades on this exhaustive study of Jesuit drama, surveying hundreds of schools, but died in 1962 before he deemed it complete. The last version was edited by Louis J. Oldani, S.J., who writes that Jesuit drama moved beyond simple didacticism by adding music, dance, and other forms of spectacle, thus helping the audience “to grasp abstractions through the senses.” In Part I, McCabe examines the evolution of the network of Jesuit college theaters, including their staging techniques and the nature of their audiences. In Part II, he undertakes an intensive study of one representative theater, in the English Jesuit college at St. Omers, Belgium. Part III is devoted to a study of one representative playwright and his work, the British Jesuit Joseph Simons.