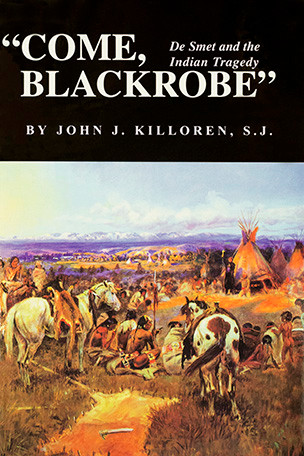 Peter John De Smet (1801–1873), known to many 19th century Native Americans as “Blackrobe,” helped to found the Missouri Province when it was on the frontier and worked among the Pottawatomis, the Sioux, and tribes in the Rocky Mountains as well as on the West Coast. John J. Killoren, S.J., provides an account of De Smet’s work both as an apostolate and as a diplomat working for intertribal peace, as he “moved amid peoples still enjoying the golden age of their buffalo culture.” Killoren, who served at an American Indian reservation in Wyoming, offers an unflinching look at the American government’s subjugation of the native population in the interest of westward expansion.