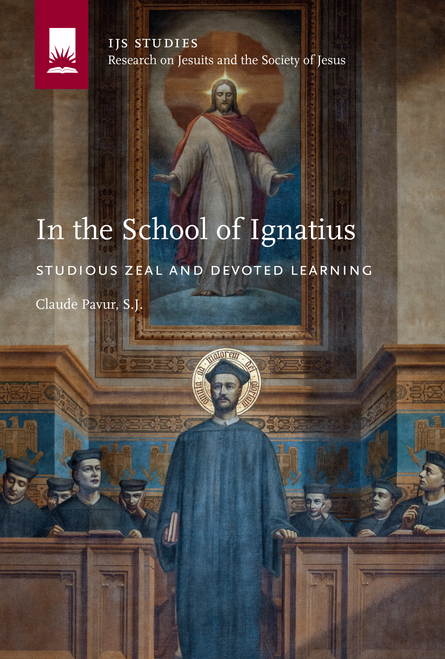 Though very public in one way, a major dimension of Jesuit and Ignatian spirituality has become almost invisible, perhaps because it has not seemed so distinctive— or even so spiritual. It is the spirituality of docta pietas (learned devotion) or of a “teaching that is holy, devout, righteous, revelatory.” For centuries this spirituality’s great legislative expression within the Society of Jesus has been the 1599 plan of studies known as the Ratio Studiorum. In a series of essays, In the School of Ignatius argues that what lies at the heart of the Ratio remains inescapably foundational for the Jesuit order, as well as for its education and spirituality. These provocative essays are intended for those who wish to learn more about the history of Jesuit education and who share a concern for its future.

This book is part of the IJS Studies Imprint.

"Pavur’s argument merits attention. And he deserves full credit for focusing laser-like on the genesis, meaning, and connections with Ignatius of Loyola in the [Ratio studiorum]. Pavur’s long appendix entitled “A Timeline for Jesuit Education” listing key events and documents in the history of Jesuit education from the birth of Ignatius of Loyola through 2018 is valuable." - Paul Grendler, Ph.D., Professor Emeritus of History, University of Toronto

"Schools of St. Ignatius, consider your roots! In his short book, Claude Pavur, SJ argues for a reexamination of the Ratio Studiorum and a reevaluation of its role in Jesuit education [...] Pavur argues for the importance of the Ratio over seven concise, indexed, and well-annotated chapters… this affords an opportunity to reconsider specific elements of the Ratio’s history and function at multiple points in the text. The benefits of Ratio are clearly illuminated by Pavur, as well as the role of ordered studies in the life of St. Ignatius of Loyola. The book also offers a helpful survey of writings on Jesuit education from the seventeenth century forward, a timeline for Jesuit education that employs fourteen pages to cover from 1491–1599, and nine pages to document 1600–2019." - Harry Rissetto, Ph.D., Religion Department Chair, Gonzaga College High School

"Pavur’s text is a welcome addition to the literature on Jesuit education, and his argumentation, rooted in historical documentation and contemporary experience, is most refreshing." - Timothy Rothhaar in Jesuit Higher Education: A Journal