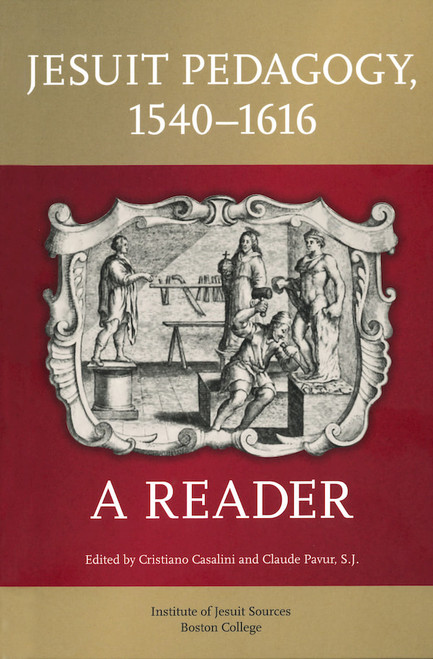 Once they had begun educating youth, the Jesuits never stopped thinking about pedagogy. The Ratio Studiorum (1599), widely celebrated for its organizational genius, also had a pedagogical aspect that reflects a larger tradition well represented in the primary sources. Jesuit Pedagogy, 1540–1616: A Reader offers for the first time in English a wide selection of relevant materials that lets us see the development of Jesuit approaches to pedagogy in theory and practice. These help us understand better why Jesuit schools became such important educational institutions in early modernity. This anthology will be both a helpful tool for those researching Jesuit education and a source of inspiration and insight for those directly involved in its practice today.

"[Jesuit Pedagogy] is an excellent complement to the English version of the Ratio studiorum printed in 2005 by the same publisher (St. Louis, mo: Institute of Jesuit Sources) and edited by Claude Pavur—one of the editors of this volume. It covers an important period in the history of Jesuit education, because in this history it is not only the rules that are important, but also where they come from and how they reached their final formulation in 1599. One looks forward to the next volume in this series."

"The introduction is a clear, concise presentation of late medieval–early modern pedagogy, and the gradual involvement of the Society in this ministry. Especially helpful is the timeline that coordinates the edited documents with decisive events in the early Society’s preferential option for education."

"Jesuit Pedagogy will prove tremendously useful as a helpful primary-source introduction to documents that illustrate the embryonic development of Jesuit teaching and learning in the context of the order’s dedication to Christian morals and the dissemination of the faith."

A Selective Timeline for the History of Jesuit Education

The Importance of Humanistic Studies in Jesuit Formation (1547)

The Society's Involvement in Studies (1551)

Considerations Regarding the Multiplication of Colleges (1553)

Constitutions of the College at Messina (1548)

Rules for the Rector of the Roman College (1551)

Report on the Boarders of the German College (1559)

Comments on the Effectiveness of the German College (1561)

Constitutions for the German College (1570)

Studies and Morals at the Roman College (selection) (1564)

Difficulties in the Governance of the Roman Seminary (1570)

How to Teach Children Latin and Greek (1565)