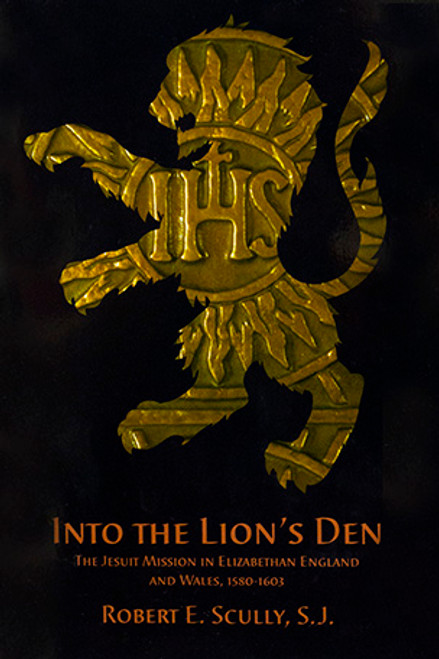 Into the Lion’s Den tells the story of the Jesuit mission to England and Wales, from its beginning in 1580 to the death of Elizabeth I in 1603. Often carried on in clandestine ministries, the mission “helped ensure the survival of a recusant Catholic community” in England and Wales while Catholicism all but disappeared in other parts of northern Europe,” writes author Robert E. Scully, S.J. This achievement came about “against great odds, as the witness of many fined, imprisoned, tortured, exiled, and executed Catholics would prove.” Scully pays attention to two previously overlooked aspects of the mission: the unique challenges and opportunities of ministry in Wales and the indispensable role of Elizabethan Catholic women in sustaining the Jesuits. He also explores how differences in outlook and strategy between the Jesuits and other Catholic clergy in some ways helped to build a “house divided.”

The Jesuit mission : its background and organizational framework --
"The enterprise is begun" : launching and sustaining the mission --
Questions of priorities : the geography and social topography of Catholic evangelization --
Elizabethan Wales : a unique challenge and opportunity --
Behind closed doors : Jesuits and their clandestine ministries --
Elizabethan Catholic women : their indispensable role in sustaining the Catholic community --
Religion and politics : the Jesuit mission and the Elizabethan government --
The shadow of death : persecution, prison life, exile, and execution --
A house divided? : the Jesuits and the other Catholic clergy and religious orders.