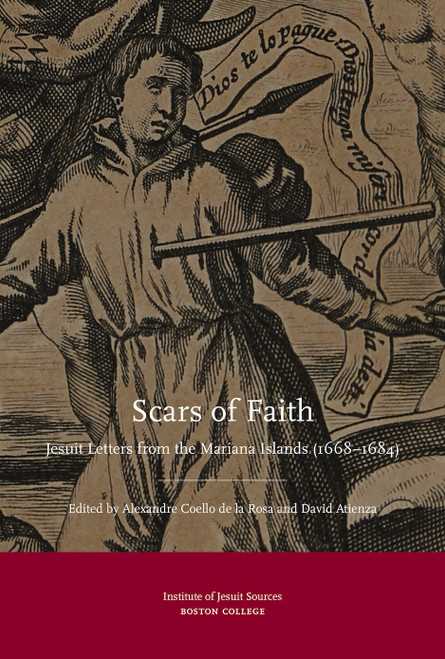 At the end of the 17th century, the Society of Jesus projected a martyrial ethos across Europe’s eastern overseas possessions, places that were of extreme importance for the control of transoceanic trade in the western Pacific. Scars of Faith offers a collection of primary sources that deal with the Jesuit martyrdom in the 17th century Mariana Islands. Facing repression and persecution to the point of death meant that Jesuit missionaries were at the heart of the struggle between good and evil, light and darkness, and God and the devil in the Spanish Micronesia. And for the Society of Jesus, frontier missions such as the Mariana Islands meant a discourse of spiritual heroes whose violent deaths helped to spread Catholicism at the margins of the Spanish empire.

The documents and letters that accompany this volume are primary sources, offered in their original languages and in English, from Jesuit missionaries such as Fr. Diego Luis de San Vitores, Fr. Luis de Medina, and Fr. Manuel de Solórzano y Escobar.  These documents tell a gripping account of the Jesuits and their encounters with the people of the Mariana Islands, including the native Chamorro people. Scars of Faith traces Jesuit martyrs on the frontier missions of "the Pacific" and their accounts of sociocultural clashes, violence, and efforts for peace and evangelization.