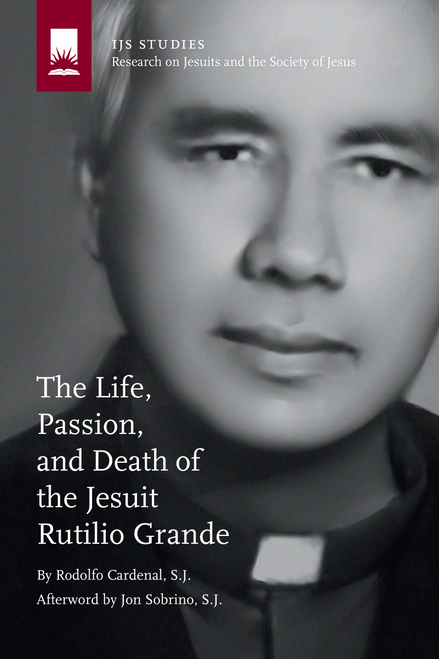 Pope Francis told author Rodolfo Cardenal that “the great miracle of Rutilio Grande was Archbishop Romero.” Cardenal’s biography of the Jesuit Rutilio Grande highlights the parallels between these two martyrs while exploring how his Jesuit vocation demonstrates the Church’s response to the beginnings of Christian persecution in El Salvador. Grande’s prophetic ministry serves as a testimony to the Jesuits’ preferential option for the poor.

This authoritative biography of Rutilio Grande, S.J. (1928–1977) should be of special interest to English-speaking readers (and particularly English-speaking Jesuits) in this age of polarization in both civil society and church community. The author, Rodolfo Cardenal, is a Jesuit historian who knew Rutilio Grande and began writing the biography soon after the 1977 killing. For over four decades Rodolfo Cardenal has lived and worked in the martyrial context of El Salvador, where, in addition to the writing of the biography, he carefully prepared the documentation for the beatification cause.

Rutilio Grande was arguably the first Jesuit to be martyred after the Society of Jesus had proclaimed its commitment to “the service of faith and the promotion of justice” as two inseparable elements of the Jesuit mission. He preached and embraced the struggle for faith and for justice not in an academic, theoretical context but among and alongside the poor parishioners of Aguilares, with all the difficult issues and contradictions that such a ministry involved. Like Archbishop Óscar Romero (1917–1980), he did not quit; he accepted his probable fate knowingly, even though with fear and trepidation. His example provides for Christians today an extraordinary model of a parish priest who, without naivety and with Ignatian discernment, made an authentic option for the poor and oppressed."

This book is part of the Jesuit Sources imprint, IJS Studies: Research on Jesuits and the Society of Jesus.

"The history of the Church in El Salvador is forever marked by the blood of its many martyrs.  The most well-known is, of course, Archbishop St. Óscar Romero.  Yet, as Rodolfo Cardenal observes in his Prologue, “Archbishop Óscar Arnulfo Romero cannot be fully understood without understanding Rutilio Grande.”  In this highly readable, inspiring work, Cardenal has given us the definitive account of one of the twentieth century’s most powerful Christian witnesses."

1. The Origin of His Vocation

2. A Vocation Built on Fragility

4. Departure from the Seminary

6. The First Stage: The Missions

7. The Second Stage: The Courses and Cursillos

9. The Parish and the Popular Organizations

10. Persecution of the Church

Afterword: The Martyrs and Their Legacy